NO BLOOD FOR BERKELEY
NO BLOOD FOR OAKLAND
NO BLOOD FOR SAN FRANCISCO
Posted by Persnickety at 11/08/2006 04:20:00 PM No comments: Links to this post

Islam: The Jessica Hahn of Religion

Remember Jessica Hahn? She's the chick that posed for Playboy to prove she wasn't a bimbo (probably not nsfw, but I didn't hang around to find out).

Reduce clutter around the home by making use of multi-purpose items. For instance, magnetic jewelry also makes decorative and useful refrigerator magnets.

First the Supreme Court okays the McCain-Feingold Bi-partisan tyrant act of 2002, making me a potential criminal, and then they grant rights to some guys that want to kill me. Sweet.

The question has been raised on various blogs, including the old Kim Du Toit blog and The Smallest Minority . . at what point should US Citizens rise up in arms and overthrow the government? hate to say it, but that point was reached and passed in 2002, for those who love liberty and justice in the spirit of the original constitution. But the moment has passed, aand the support isn't there. One can't, alone, overthrow and start anew. & facts have to be faced - the current crop of US citizenz wants a dictatorship. For pity's sake, look at seat-belt laws. We are so eager to boss around our neighbors for their own good that we're willing to toss them in jail over a fucking seat belt. We no longer have the courage to allow our neighbors their freedom.

Yes, I do think seat belts are good for most people. Yes, I do wear a seat belt. But that's none of your business, just as it's none of my business whether or not you wear one.

For the 14 or so Americans who are still Christians, here's a bible verse for you:

"But let none of you suffer as a murderer, or as a thief, or as an evildoer, or as a busybody in other men's matters."

That's what Peter, the rock upon whom Christ built his church, had to say about poking your nose into other people's business - & if ensuring your neighbor gets a fine for not wearing a seatbelt isn't nosy - as all in favor of seat belt laws do - , I don't know what it.

Anyway, I'm blue about the state of the red white & blue. There are bunch of US citizens in the 50 states, but I think lately there are more Americans-in-spirit in Poland and the Czech Republic than here.

o well. Change happens, and the US is falling from splendor. I suppose it had to happen sooner or later - that's just the way of the world.

Essay question: In the year 2033, when the US Government has finally toppled under its own weight, which countr(ies) will be the superpower(s), and what effect will this have on the remaining countries?
Posted by Persnickety at 6/29/2006 01:02:00 PM No comments: Links to this post

Which cat would you kill?
Cast of Characters:

Alison: minimum 18 years old, possibly more. Slightly arthritic, borderline diabetic, none of which drastically interferes with her daily life. Loves her human, spits at her son. Alison has been in the household since 1995. Occasionally vomits inside, never goes to the bathroom inside except in the litterbox. Likes to carry shoes around the house.

Smokey: 16 years old. Possible thyroid problem indicated by low weight and some hair loss. Does not drastically interfere with his daily life. Loves his human, tolerates his mother, Alison. Smokey has also been in the household since 1995. He and Alison were a package deal. Occasionally vomits inside, never goes to the bathroom inside except in the litterbox.

Straycat: about 7 weeks old. Found last week under a rosebush. Sweet, loving, healthy. Learns quickly - she only had to be hit with the water pistol once to stop climbing screens. Usual kitten tendencies but understands and uses the litterbox.

So you've probably figured it out - Alison and Smokey are established cats, Straycat is the new kid on the block. I have tried to find a home for Straycat - no luck. I tried the no-kill shelter. They're full and not taking any more. I put up signs around the neighborhood and have been checking the local paper. Nada. I think Straycat is as sweet as apple pie, but Smokey and Alison disagree. Smokey hisses and hunts, but stops with a hit from the squirtgun. Alison hunts and attacks, and doesn't stop for nothin', nobody, nohow, no way. She has to be bodily removed. Straycat wants to be friends with whatever creature she sees, is getting more neurotic by the minute, thanks primarily to Alison.

I, too, am getting more neurotic by the minute. I can't spend every second of my day chasing cats. At some point, I need to work, eat, and sleep. Something's gotta give, or more accurately, some one's gotta go.

If I take Alison to the pound, she is too old to be adopted. Straycat's chances aren't much better, only 10%. Realistically, odds are that whoever goes will be put down.

Alison is old and will probably die in a few years anyway, while Straycat has her life ahead of her.

Alison is trained and well-behaved. Straycat is a kitten and will need discipline.

Alison is the aggressor here. Straycat is blameless.

Alison probably feels that Straycat is an interloper in Alison's territory. I have news for Alison and for all you bunny-huggers out there: it's my territory. Alison (and Smokey and Straycat) are here by my goodwill.

Two liquor stores trashed. One set on fire. One owner kidnapped and the Ass. Press doesn't think such kidnapping worthy of any additional details.

They just wanted to leave a message"

"But the recent attack . . . have injected religion into the debate."

Religion, mind you. Not violence. Not facsism. Not oppression. o no. Religion.

So here it is, boys and girls. The tone of the Oakland (cough, cough) leadership, and of the article, is cringing, crawling and craven, and nearly as disgusting as the actions of Oakland's laudable Black Muslim Community. Both the AP writer and the Oakland leaders quoted turn against the liquor stores with nary a word against the actual, genuine dyed-in-the-wool thugs.


Annie, get your gun - or get your burkha. If we don't cut this molly-coddling crap out, those are the only choices the future will hold.

While we ponder between blue steel and black burlap, raise a glass (of lemonade) to great-great Aunt Mariette, a die-hard member of the Women's Temperance Union, who spent her life working to get Prohibition enacted, thus ensuring the rise of the Mafia. 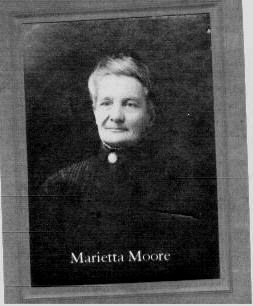 Mariette ended her days refusing to eat any cooked food. She dined on raw corn and raw hamburger.

She was a nutjob, and so are the proprietors of Your Black Muslim Bakery and others of their ilk.

It is not safe to continue pampering thugs. Is this not obvious? Do I really have to say this?